Weeks, nay, MONTHS of preparation – and finally the day has arrived. Since that first night in February when H., unusually without book was forced to read a BMJ as K slept following his sister in law’s green funeral, and found an intriguing advert appealing to those ‘wanting one last challenge ((in their dotage) (why stop at one??) there has been an almost Olympian course of regulatory hurdles to leap. Simply to join the Scottish Performers List, a pre requisite of working as a GP in Scottish general practice, I had to provide an almost 40 years of detailed employment history and repeat a DRB check. In addition a 20 hour course on PreHospital Emergency Care, so-called BASICS course, with associated practical and written examination and a detailed occupational health questionnaire requiring a battery of blood tests including an HIV assessment …. but finally the day has arrived. We’re in Brae, home of Britain’s most northerly fish and chip shop (all responsibly sourced of course) and place of employment for me in nine days time.

Contact with the Shetlands Hub health board has been excellent throughout this process of selection for the ‘GP Joy’ scheme, a project linking the Western Isles (Outer Hebrides), the Orkneys, the Shetlands and north west Scottish Highlands in their quest to recruit a group of experienced GPs to provide locum holiday and sick cover, and in some cases to provide substantive cover for 18 weeks a year. The original two day interview in Strathpeffer was followed up with a postcard from the recruiting panel, wishing the successful candidates well in the next stages of selection (essentially the BASICS course). Always available to give advice they have booked accommodation and arranged transport for us. They recommended I bought my doctor’s bag with me so of course I obliged.

This bag is a typical Gladstone bag – heavy, leather, serious – which I bought to accompany me in my role of GP on the TranSiberian Express (luxury version) in 2014. Filled with guidelines, the old school ophthalmoscope I bought in 1986, six (yes!!! But only two came) stethoscopes, speculum, torches, gloves and other sundry items this in itself weighed almost 7kg and took an awful lots of suitcase space, a volume issue resolved by packing it with other items: bird book, socks, binoculars and the like. The entire suitcase weighed a chunky 22.5kg ultimately. It included vital items: the anti nudge headwear and Avon Skin So Soft inadvertent midge deterrent, and two packets of Welsh cakes, of which more later. 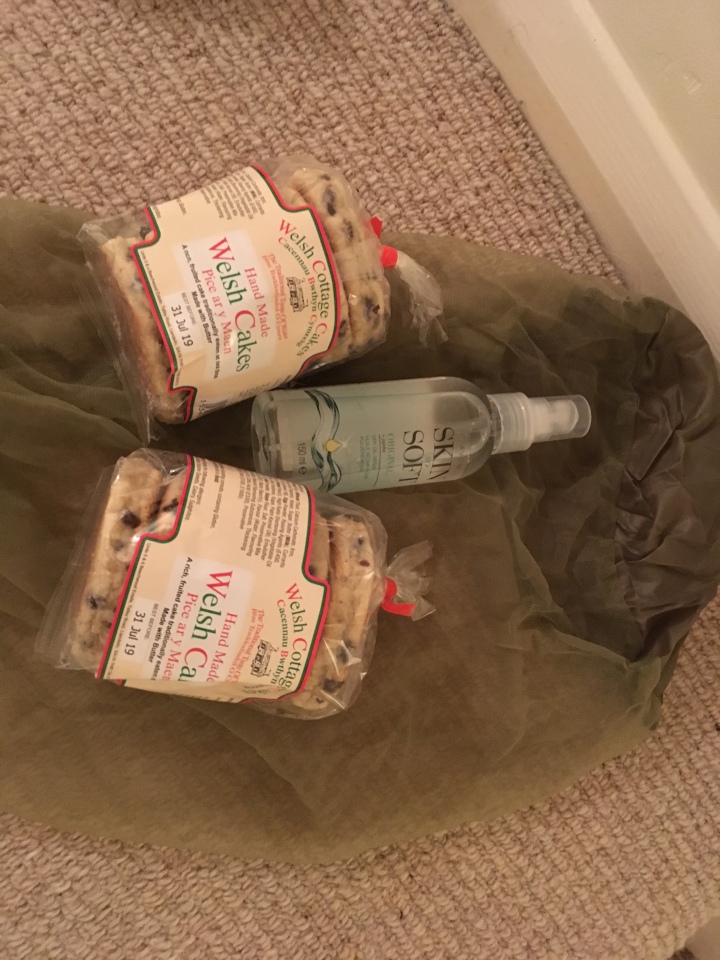 And for those who aren’t part of the close family, this next picture may come as a surprise, but we (well, a couple of us….mainly me) always lay our travelling gear out the night before (as much to check we’ve not packed all our undies as anything else)… 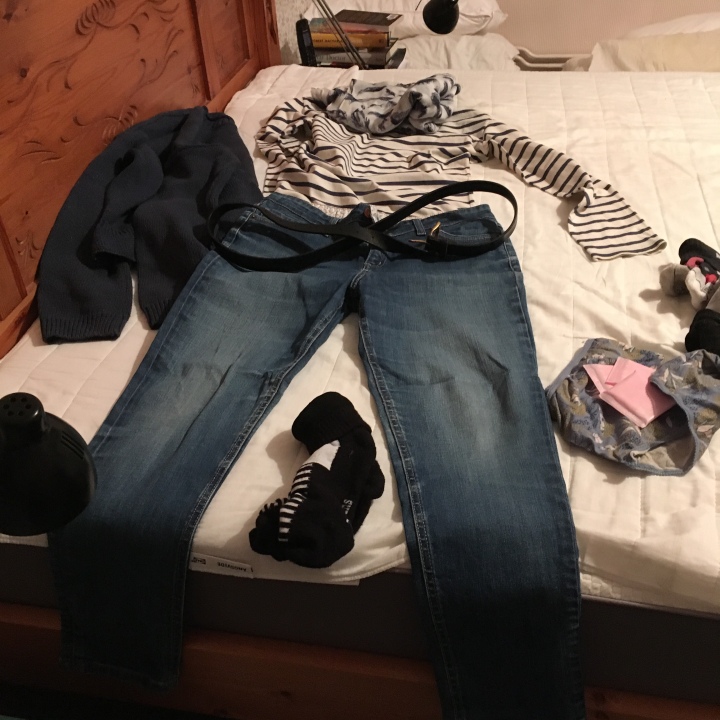 Staying for such a short time in Shetland we opted for the 90 minute flight over the 10 hour drive to Aberdeen by overnight crossing to Lerwick. Strangely our ticket gave us access to the executive lounge in Manchester. What a frost! More crowded than the public areas downstairs we were limited in seating opportunities as some people, incredibly, not satisfied with having an exclusive executive lounge with free breakfast and unlimited alcohol further feel the need to reserve a prime window seat if their choice! And the toilets were smelly.

Keith looked comfy in the seat we did find though: 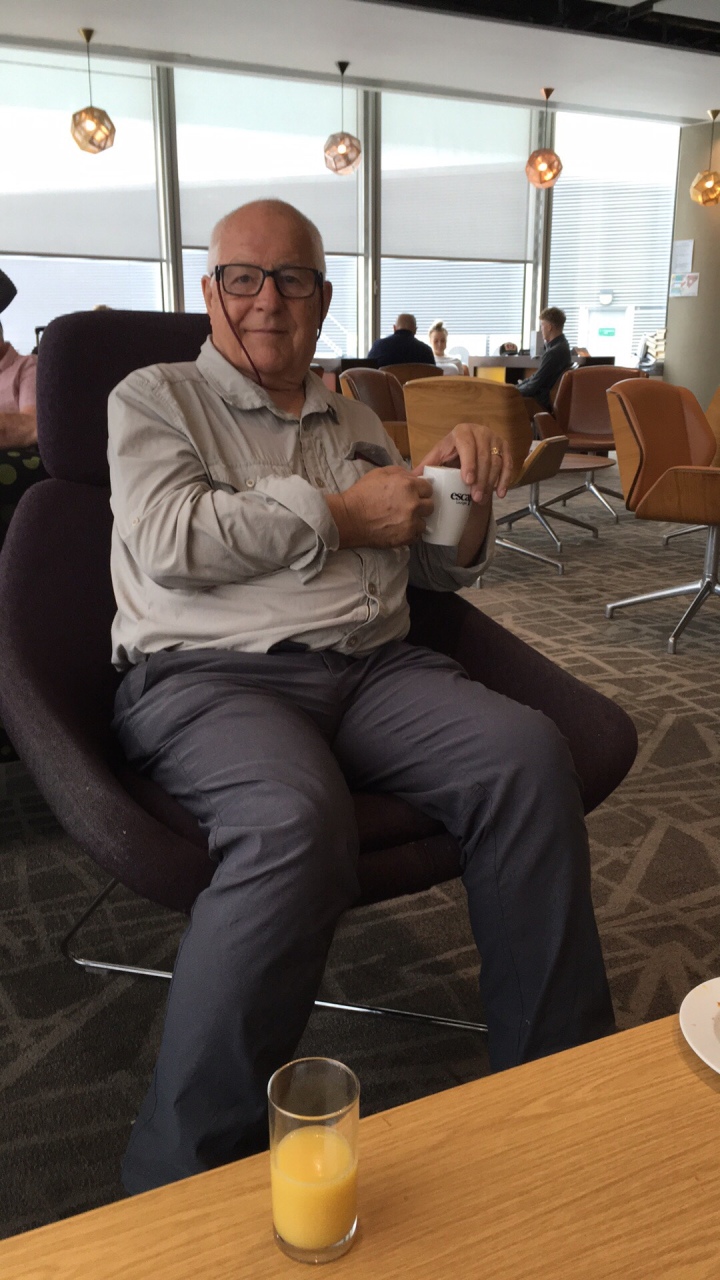 Approach to landing was interestingly choppy but soon we were through into arrivals which bore a remarkable similarity to New Zealand South Island – Christchurch airport- where there was a preponderance of people in outdoor walking gear and Viking coloration.

Our car: a green fiat 500. Thank god I’m not 2m tall like some of our close friends! 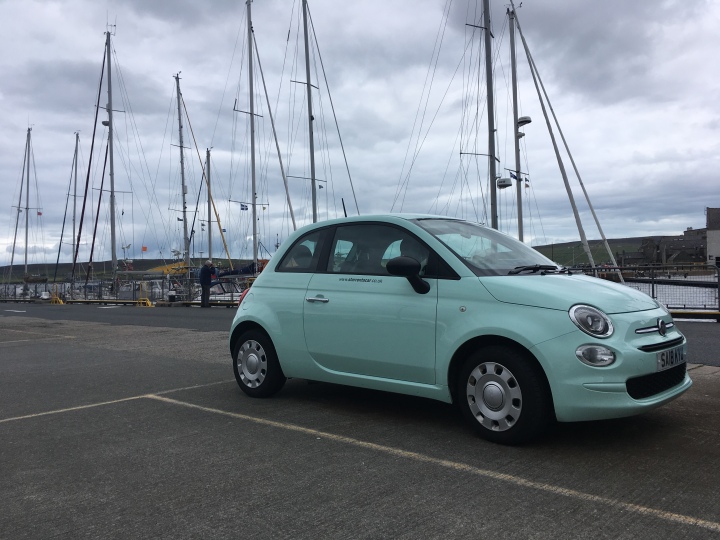 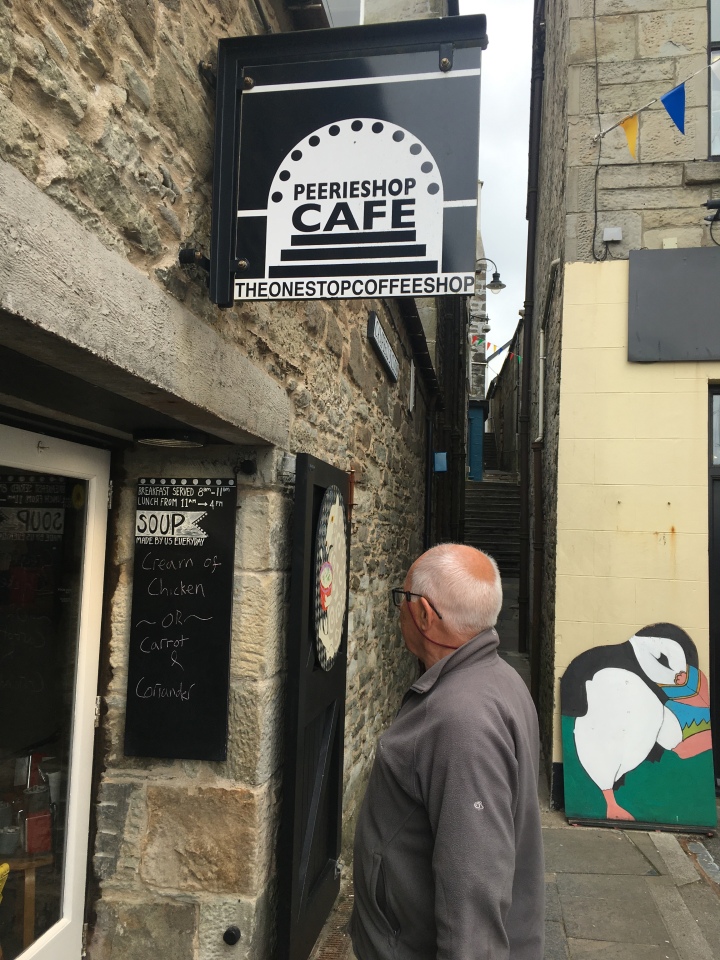 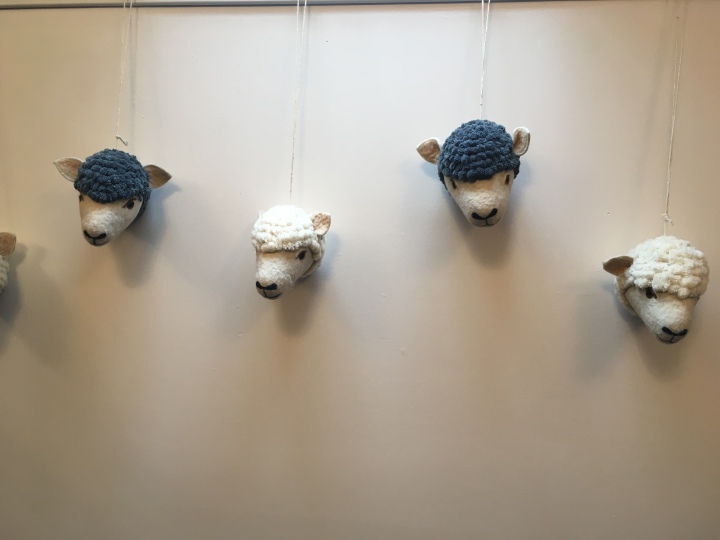 and ultimately via Tesco Lerwick (which sells loose veg, not in plastic bags) to our three bedroomed home for the next two weeks.

A stroll in the evening saw the people of Brae packing up after their fun filled activity day – sailing, bouncy castle, bbq and so forth. We saw curlews, oyster catchers, Arctic terms (or Tirricks as they’re known here) and hooded crows. 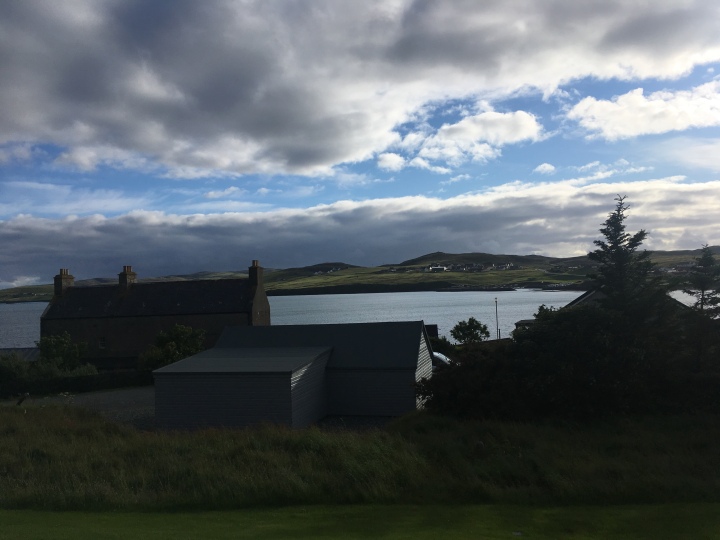 Great views of evening sunlight in hills across the water to Muckle Roe (bad photo though) and panic as I realised…..

I had packed no knickers.

Panic indeed, Shetland not being the obvious purveyor of underwear to the picky.

But, thank goodness – they were eventually located in the Gladstone bag. So glad I found them tonight and not as I went to examine the first patient on Monday morning!

And so to a well earned rest with the promise of a community coffee morning and teaching of Tunisian crochet the next morning. I could barely sleep with the excitement!