Tunisian Crochet is apparently the ‘thing’ amongst the ladies of Brae, and so I felt I’d joined a George Eliot novel by 11 am on the first day of this trip as I sat in a circle of ladies, equipped with crochet hook and wool and listening to Knit and Knatter, Shetlands Style.

TBF they were extremely accommodating and invited me to a further session on a Tuesday – £2 for coffee and any profits go to charity on the island. My entry into the room went unremarked until Marina, our landlady, announced I would be ‘our new wee doctor’ at which point every head turned sharply round. Discovery that this is a short term post only meant they rapidly returned to the work in hand.

Which is supposed, eventually, to turn into this:

And to be worn as shown…. Kbp spent his time with a mate – a boat Pilot (and also husband of Mrs T Crochet) – most interesting. Possibly even more interesting than Tunisian crochet?

And so on to check out the two health centres where I’ll be working over the next fortnight:

One in Brae – large, clean looking, by a residential home and also very close to our house. That’s the spot for the second week as the regular GP has dropped to two days a week to allow private an out of hours work, I understand. Brae is a linear development well on the way to Sullom Voe the gas and oil terminal at the north end of the Shetland ‘mainland’.

The other in Scalloway, the ancient capital of Shetland, is a 35 minute drive from our accommodation but this drive involves a five minute trip along a single track road with passing places along side a lock….. (here’s a sneaky look at my journey home on day 1:)

This practice services the patients who live west of the main road and incorporates the Burra and Tondra islands (now linked by bridges). It was until recently the primary school and as such has beautiful high windows and also has some great views of the harbour. We did a reccy of Scalloway on day 2, finding the route and the practice and then exploring….

Who knew that Scalloway was the home of the Shetland Bus? The Shetland Bus(Norwegian Bokmål: Shetlandsbussene, ) was the nickname of a clandestine special operations group that made a permanent link between Mainland Shetland in Scotland and German occupied Norway from 1941 until the surrender of Nazi Germany on 8 May 1945.(https://en.wikipedia.org/wiki/Shetland_bus). As such there are many memorials and a museum – and lots of Norwegians. 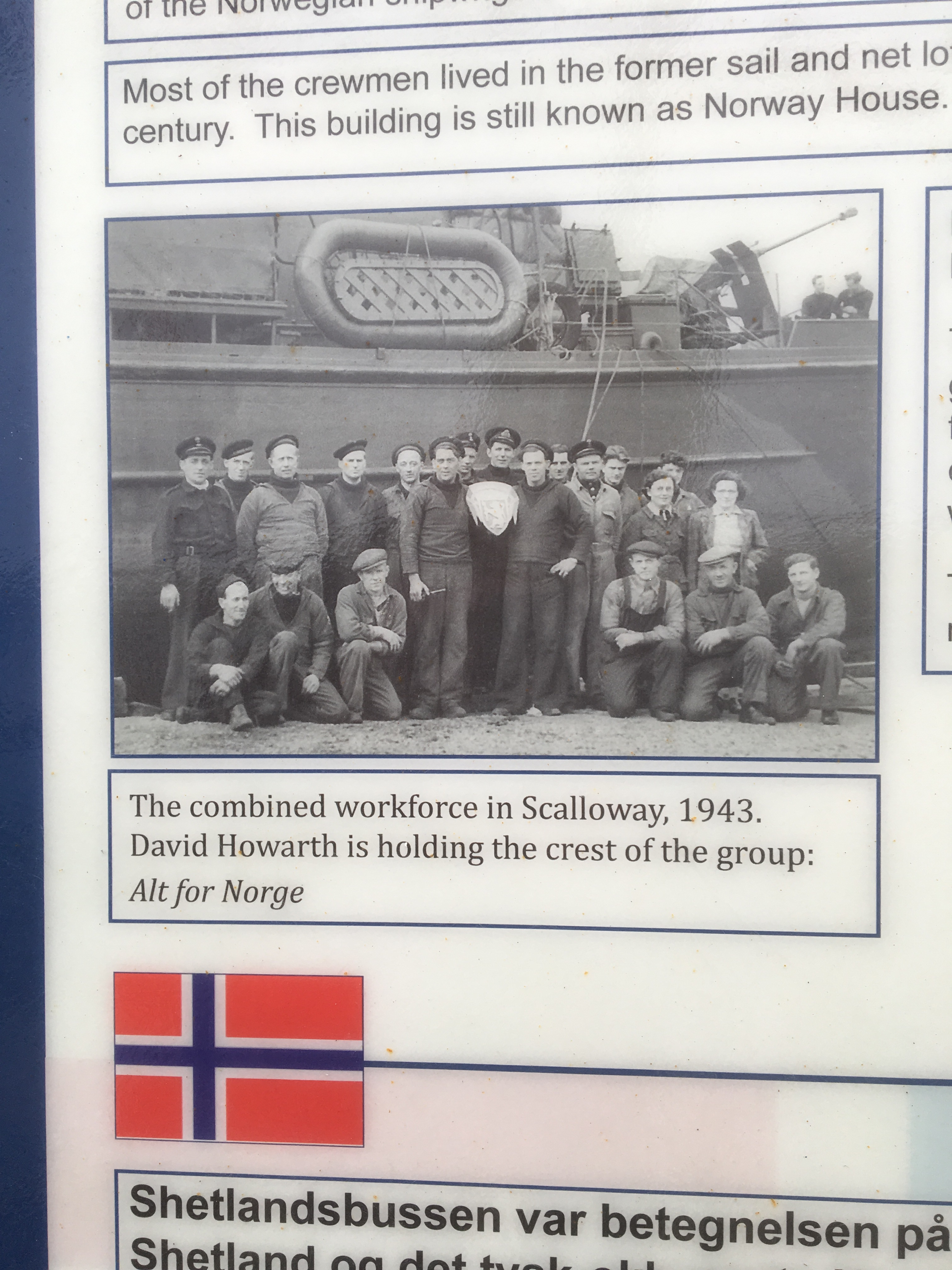 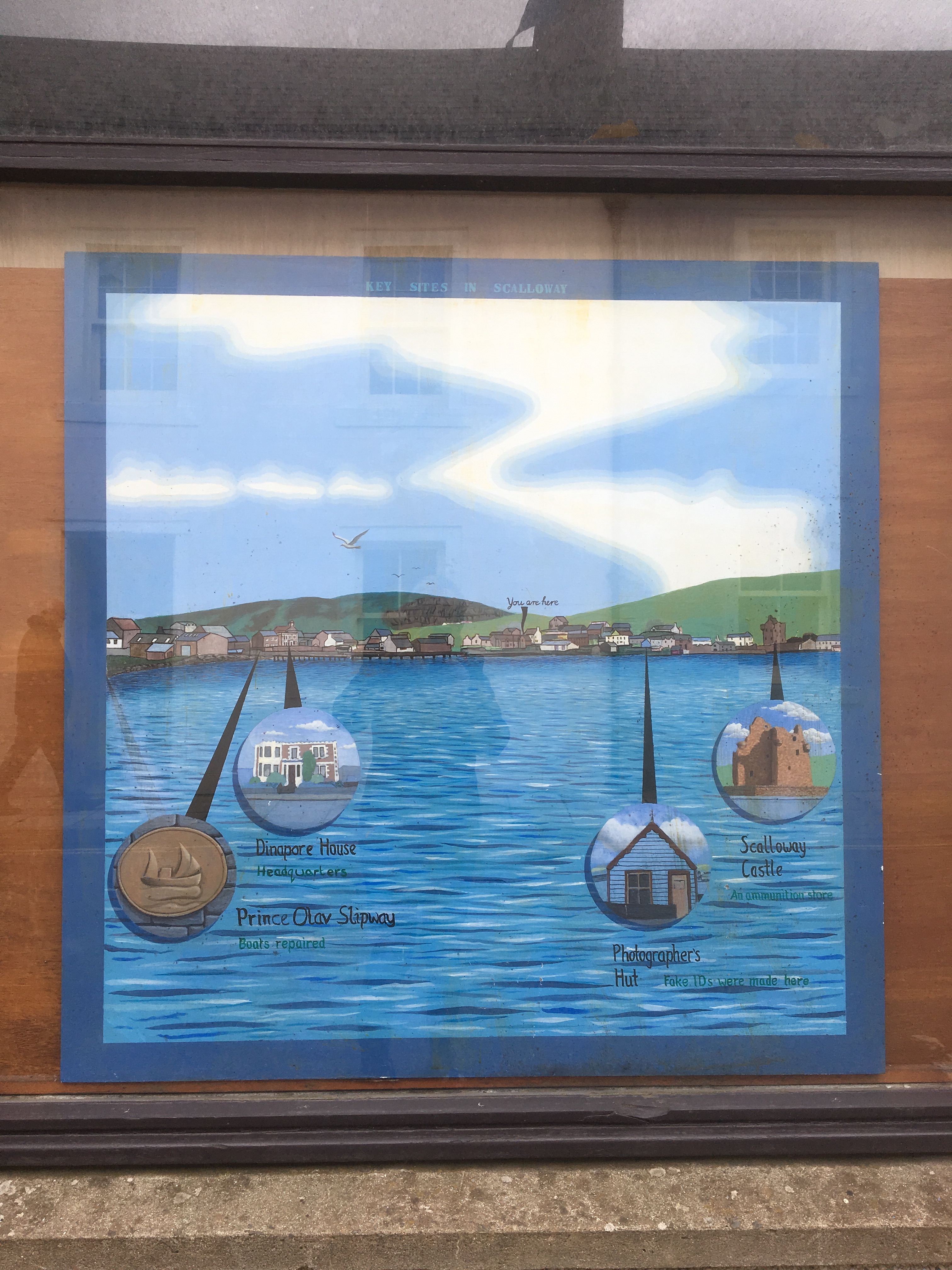 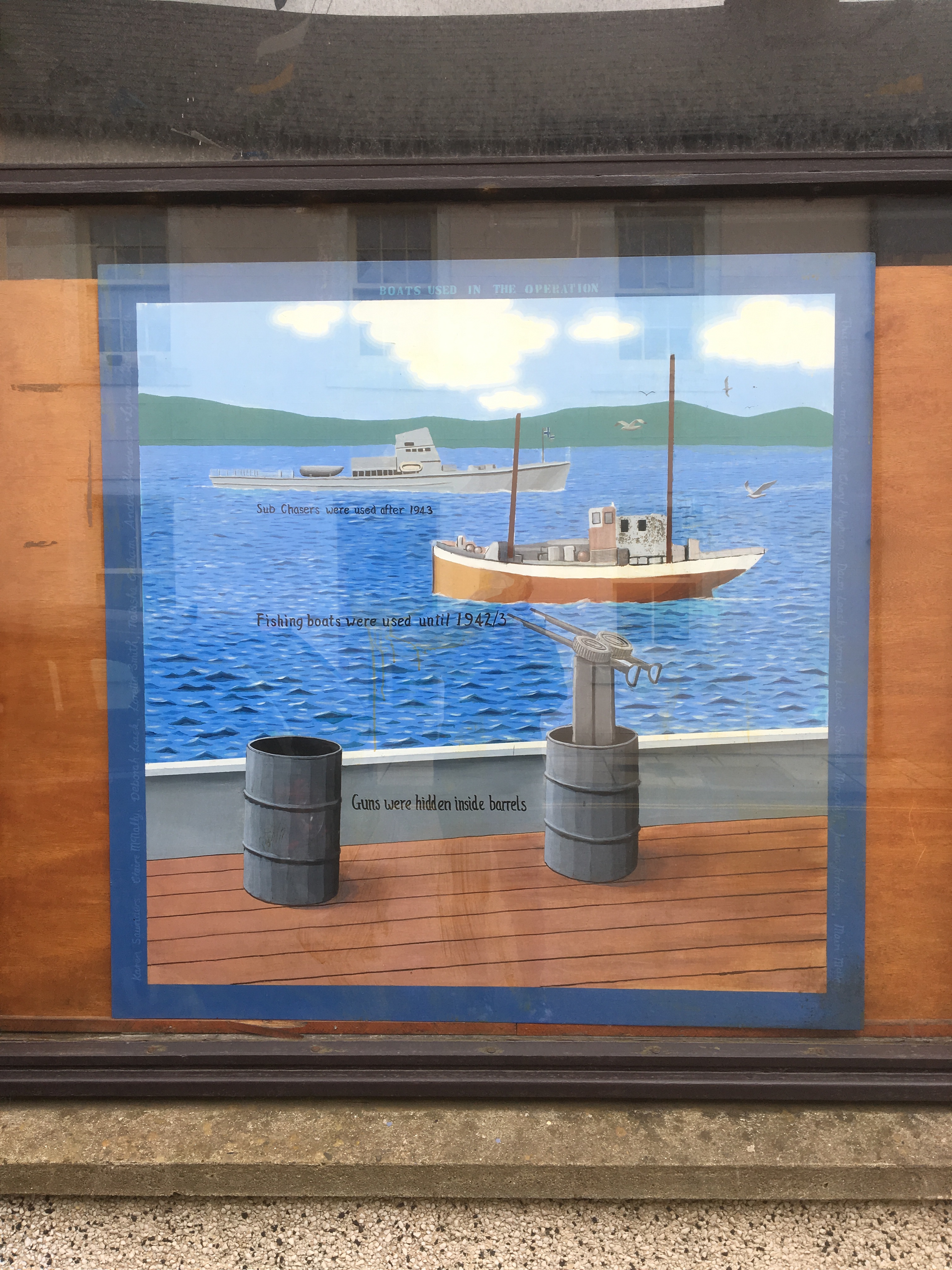 Including work by the local school.

Back to the Norwegian link: This was interesting because my first day of practice, the following day, was marked by being duty doc from the moment I arrived – and within minutes of starting surgery I was advised that a Norwegian fishing boat crew member with chest pain was coming in – and had to be seen soon as his boat was due to leave within a couple of hours. Interesting when it transpires that admissions, ambulances, computer systems – even national health numbers – all work differently here. It was a stressful morning. But things improved.

But to return to Scalloway, it’s a place of fishing and fishing boats, of parks and beauty and some poverty, of rubbish bins covered with fishing nets to keep the scavenging birds out, 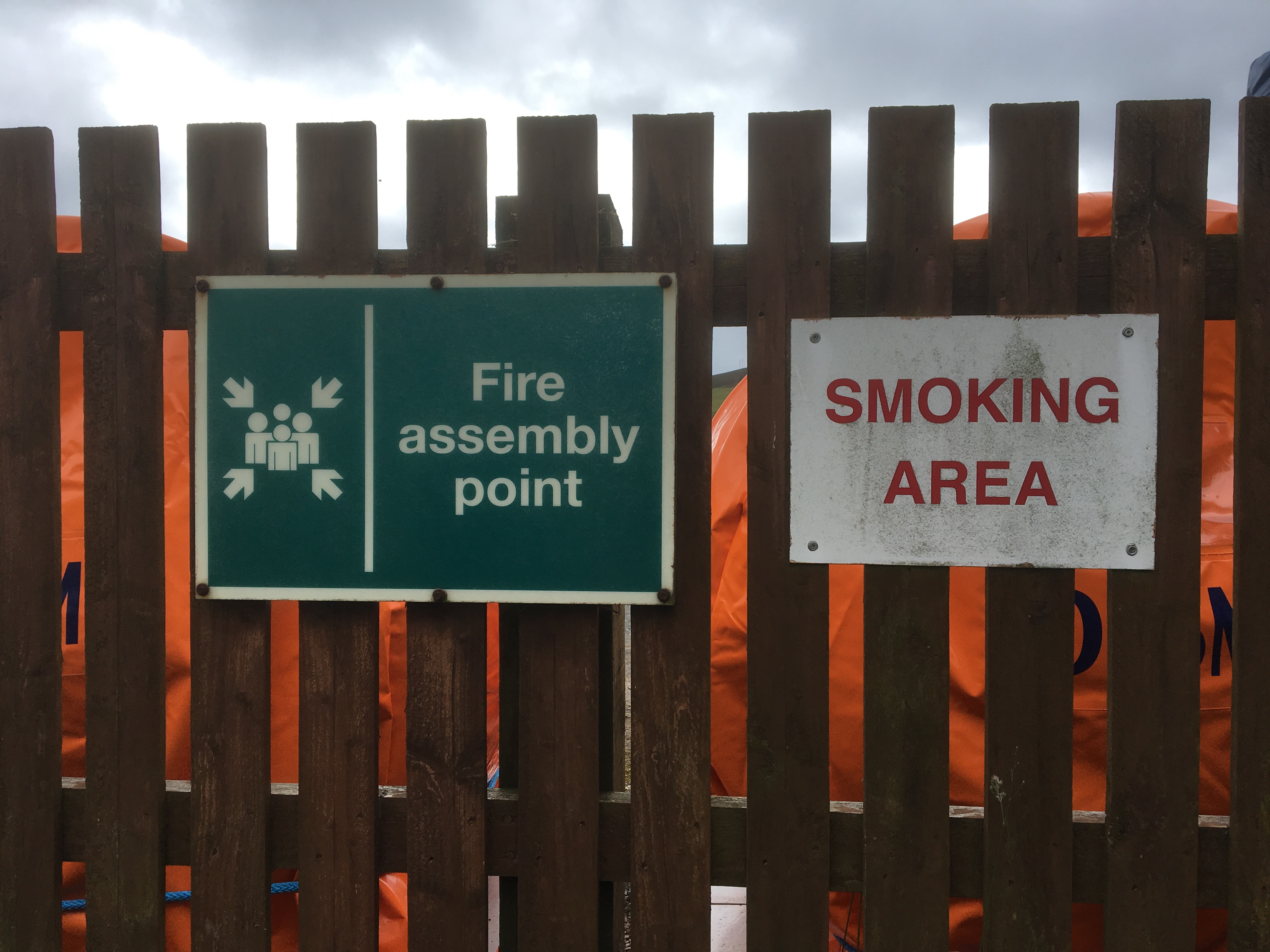 (A convenient juxtaposition of assembly places) and huge boats whose sole role is to remove the lice from Salmon.

And to some of the gentlest most lovely people even if they do, as James from Aberdeen told us, spend all their time agossipin and abitching, then still, as he says, nobody bothers and they all get along – it ud be difficult if not, them being on an island and all.

Couldn’t have put it better myself.