The butt of the trip was to experience the great bird  (and other) life that is the eco system of the Wadden Sea,  ‘an intertidal zone in the southeastern part of the North Sea. It lies between the coast of northwestern continental Europe and the range of low-lying Frisian Islands, forming a shallow body of water with tidal flats and wetlands.’   The area is huge, and flat, and quiet, and windswept, and fertile – and just absolutely gorgeous.  An award winning vistor centre has been reopened recently and is a fascinating introduction to the various plants and animals that live here, much improved for me by the many interactive displays, which appeal to me with my gnat-like attention span.

is enhanced by the fact that the binoculars really work…

and further enhanced by the fact that the birds then transform into life like appearances with appropriate colours and movement! ( And a label in case you were in any doubt.)

And so around the building, learning of how internal bird organs rearrange themselves in preparation for migration, how many lugworms a curlew has to eat in order to feed for migration ( including another intercative game where I failed the curlew and he died 😦   ),  flatfish in a touching pool, wonderful films of migration and the appearance of the Sea in colder times when the flat are covered by thousands of migrating birds – and a chance to make your own sweet music with birdsong, via a mixer desk, an irresistible challenge to our douty leader….

Something for everyone. Not cheap but we spent several hours there and learnt a huge amount whilst keeping ourselves entertained.

Meanwhile nearby at a picnic area a simple post bears testimony to the serious floods affecting the area over the years: 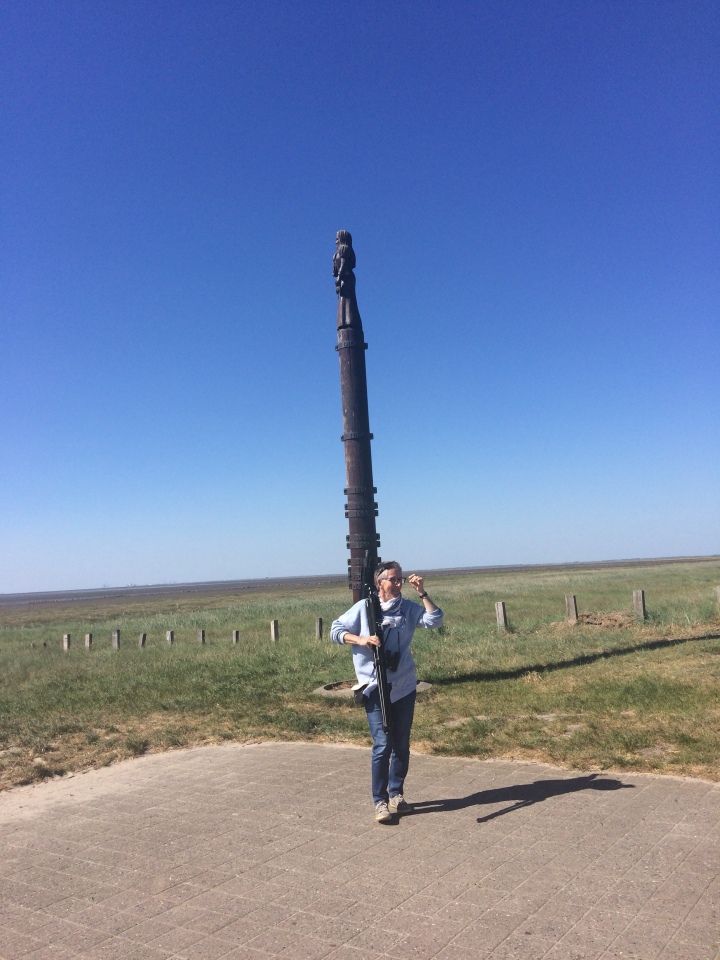 The top marker registers the flood of 1634 when a storm flood of 13 feet above the normal high tide level breached the dikes already damaged by ice floes and killed tens of thousands of people, many migrant and unrecorded labourers, and over 50000 livestock. Those figures are hard to imagine – and the clean up process with flooded homesteads, no fuel or food, and dikes persistently flooded is unimaginable.

But, of course, we out this to the back of our mind with perfect end to perfect day: a bbq by the river with ne’er a midge in sight. 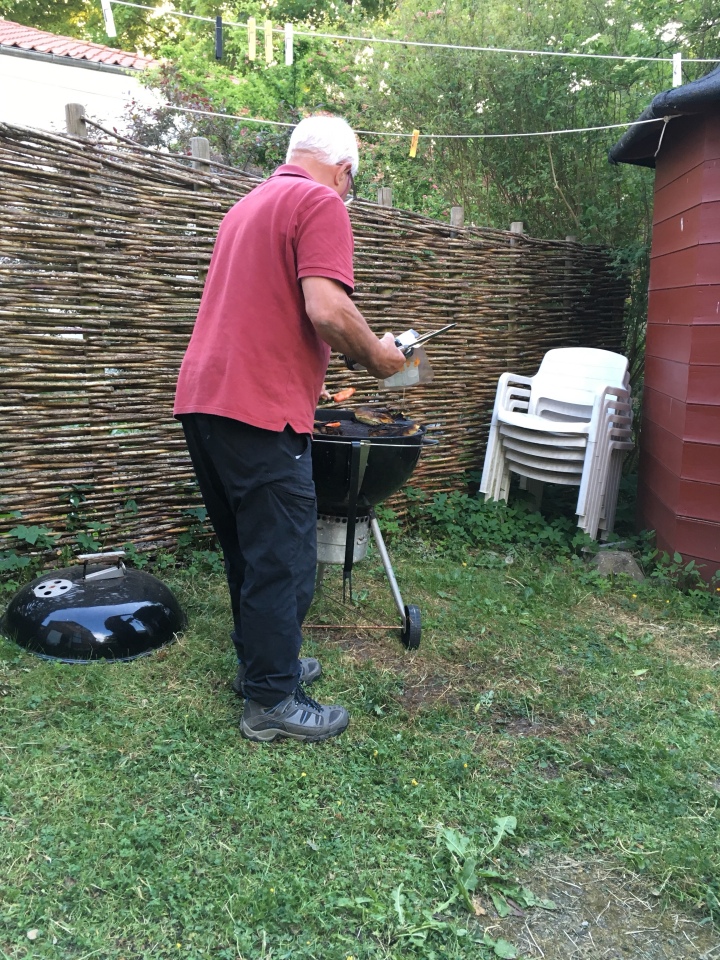 A tense hour or so with the eternal questions of whether the charcoal would light, whether the food would cook, where the smoke was blowing. It’s a mans world.

The most entertaining part was R bravely asking the supermarket assistant if they sold halloumi. As she didn’t recognise this he went on to explain that the cheese ‘squeaked’ when eaten.

We ended up with paneer and mozzarella.

And did justice to our slowly reducing alcohol stocks.

For the record: tantrums zero.