The pictures say it all: 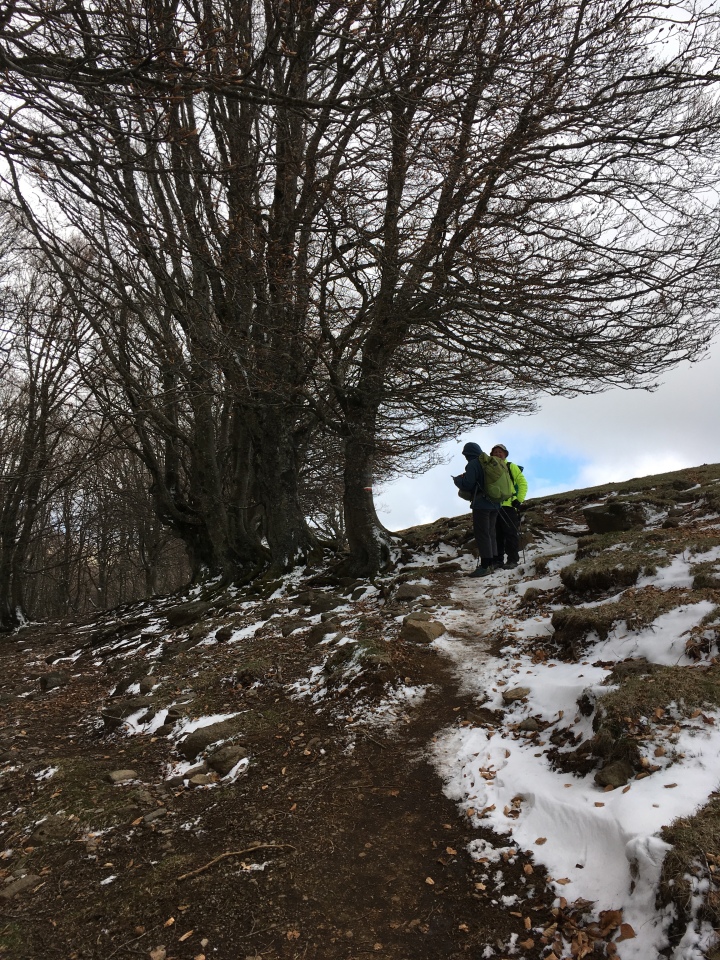 It was truly a hypothermia day. Made me review all my recent learning on the subject as Megg, our worthy leader and NZ tramper of some 45 years, risk assessed the walk and we searched our pockets to pool any nutrition. It amounted to a third of a mars bar, some chocolate and a bag of fruit and nuts.

Early on in the day we were joined by Nadia, a French woman in her early sixties who asked to join us, concerned about the risk of walking alone on such a day. The wind was bitter and the snow was a blizzard and drifting. Those without gloves wore socks on their hands. Our bags felt light as we wore everything we could.

But! Good news! A café!! Open all hours, seven days a week.

But not today. The door was closed. Nadia our new found fairy godmother persuaded the proprietress to wake her husband to see if he would allow her to offer us a hot drink……

Sleepy headed husband then emerged and offered hot chocolate or soup – SO LONG AS WE DIDN’T GO INSIDE.

A WAIT IN THE SNOW. Then an elderly man, caped, struggled with a bag across from a rambling stone house by the church and slithered across the path with a large shopping bag. The soup had arrived. It was Brueghel – esque.

But the soup was good.

No possibility of a toilet break here though so we had to use the traditional French hole in the ground in a small stone building down the road, observing the stalactites formed on the roof whilst waiting our turn.

This would have been the perfect time to try the SheWee, a device that allows a woman to pass urine in a standing position, and therefore not having to bear the butt. I didn’t. But here is a picture of one, which caused much merriment along our travels. Sometimes there are malfunctions. 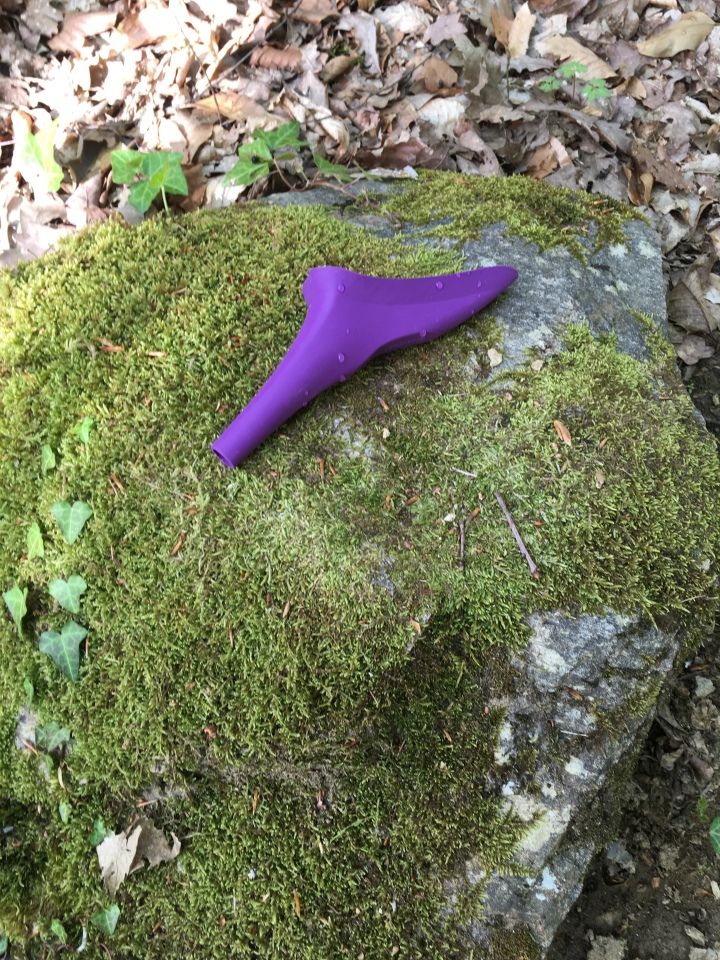 And so to bed at the Centre d’Equestre at Nasbinols. We arrived safe and sound two hours early, apologising. We were not the first and were welcomed with open arms, warm rooms and hot showers.

My first experience of hanging out…. was great. Four of us in the room for almost five hours.

Communal dinner again. We come across the same people time and again as we all cover more or less the same distance. 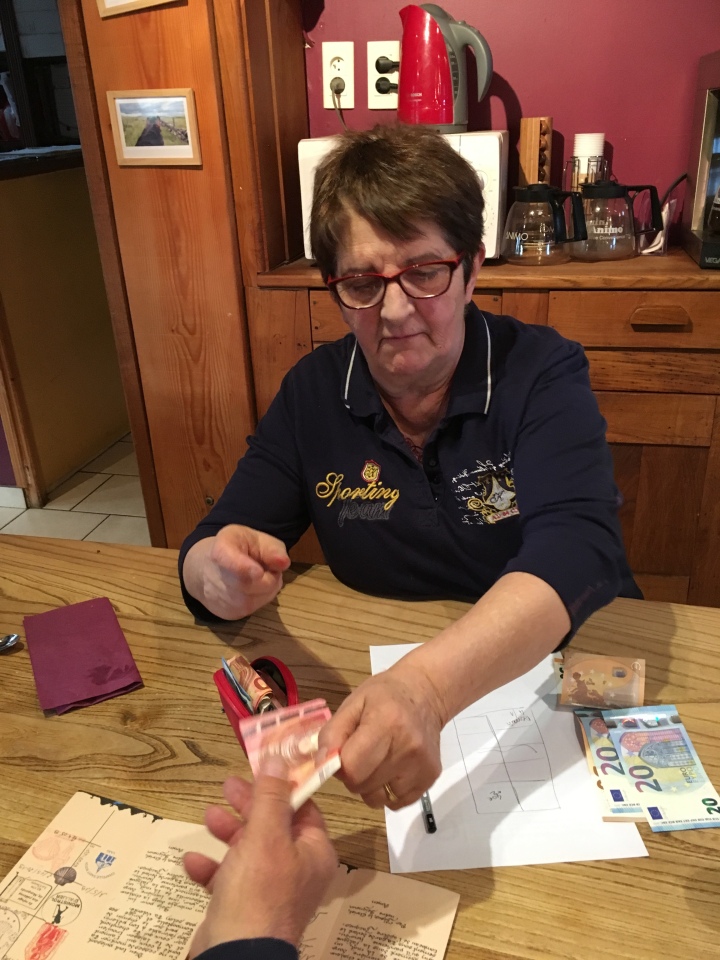 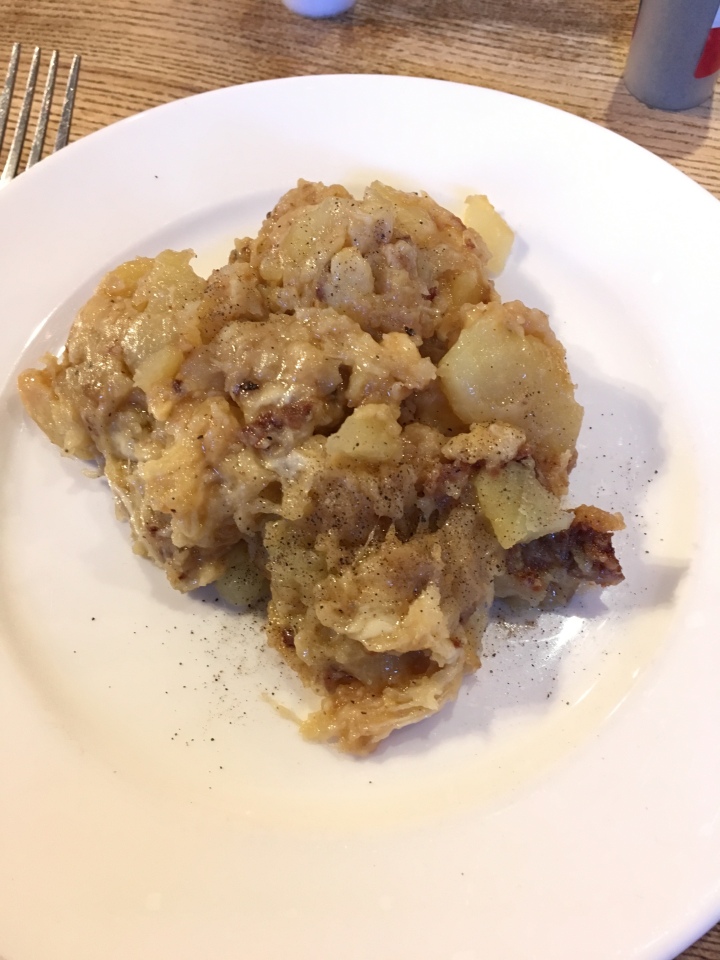 Tantrums: none. We knew it was a tough day and had to be very careful.