A year on from New Zealand, and four from resigning from my practice, too indolent to make the journey to Hawaii, and too nesh* to stay in England, we’ve taken the plunge – a city break to Lisboa. Yes. I’ve been brushing up on my Portuguese which I last learnt for a month’s trip to Brazil in 1987 – so possibly slightly rusty – and now know how to say ‘the man has a dog’ and ‘the woman reads a book’. Possibly even the man has a woman and the dog reads a book. Who knows? I may never have chance to try those phrases over the next two days. What I do know though is that it is exactly the same situation as when I arrived in Bruxelles (1980, for the historians amongst you), having studied French for five years at one of the top girls’ schools in the country – I cannot order two cups of coffee. Except in Bruxelles it was as I arrived on the station as I ’emigrated’ there – boat train to Oostende and train to Bruxelles – and so was also alone and therefore couldn’t order one coffee. I cried.

Now I have a bionic ear (bone anchored hearing aid, BAHA) I apparently have a hidden disability, although it’s difficult to imagine anything less hidden as I now have a large press-stud on my head which a huge hearing aid clips onto. The disability qualifies me for a special lanyard which allows a short cut through security, early access to the plane and possibly other benefits. (Yet to be discovered)

All good although one is also holed up with other less able people – wheelchairs, confusion, babies in buggies etc. …. so it takes some time to get through Security particularly as problems scanning me meant an overly intimate screening which I won’t be in a hurry to repeat.

My other half meanwhile sailed through and departed rapidly leaving me thinking dark thoughts. Except he hadn’t.

Maybe he looked too ‘normal’ to be going through the special assistance channel – it was a skewed population don’t forget . He was stopped for a drug search. Reminiscent of the cocaine spotting police in Peru airports we’ve seen recently (on tv I hasten to add) she checked his toothpaste and plastic bag with a detective cotton bud.

As the test was negative we reached our destination of Lisboa, proudly eschewed the taxi pimps and made straight for the metro (Kbp having tackled the two coffee in a foreign language issue by dint of the old ‘say it loud, say it slow, say it in English’ approach – will it work after Brexit?), proud that we’d read our guide, brought the old tickets provided by a friend and confidently programmed our desired transport ticket type (reading the Portuguese, fat finger syndrome resulting in us pressing the wrong button on the screen) and congratulated ourselves as we headed towards the gates.

Why are taps, lights and underground barriers so complex these days? We followed the instructions, in all their permutations, helped by passers by who took pity on this poor old tourist couple, one of whom has a large press-stud in her head.

So enthusiastic had we been that we managed not to put anything on the travel cards so had to go to the ticket window. Same process. Loud. Slow. English. Works every time (but is embarrassing). 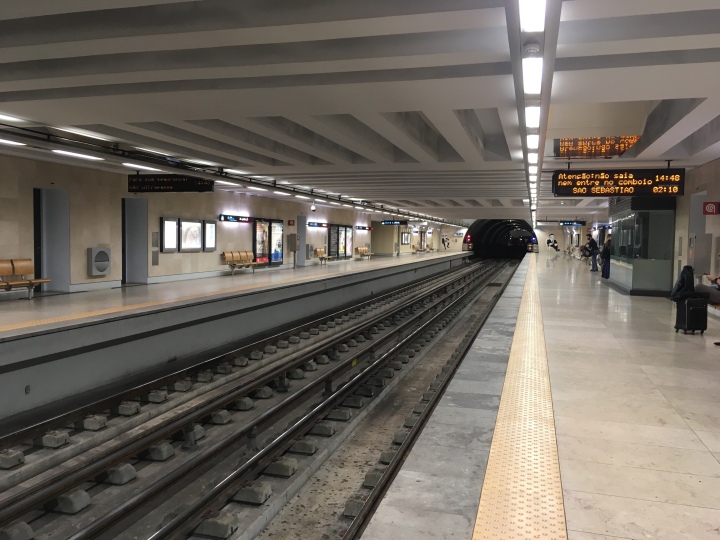 And as we finally emerged into daylight – sunshine- our senses were assaulted by sounds, smells, colours and patterns. Sounds of two beautiful buskers playing first Mozart then ‘the first nowell’ on violins. Smells of Pasteis de Nata (custard tarts, one is never enough says Sofia who welcomed us to the hotel) and of roasting chestnuts.

Patterns of cobbles. And tiles. And wonderful buildings.

And so to the hotel: Alecrim ao Chiado, also known as ‘Once Upon A House’, which is quirky, elegant, perfectly positioned, immensely friendly and very reasonably priced. Here are some sneak previews, we’re off to the night market to choose dinner. Back tomorrow ! 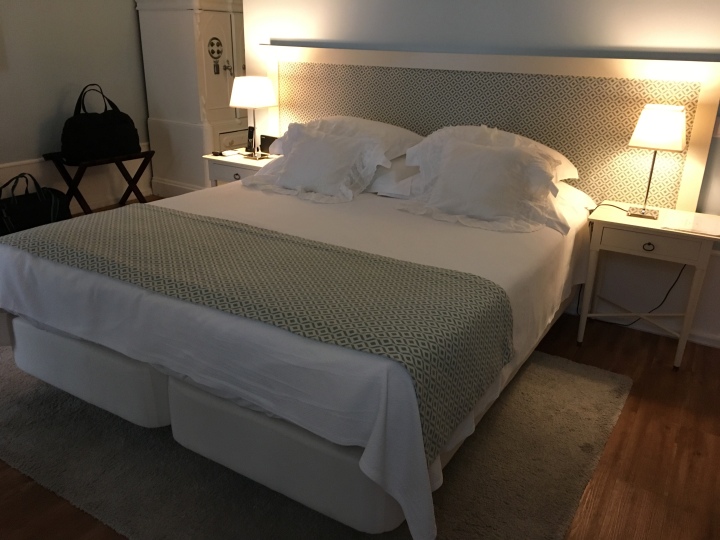 I think this will do very nicely!

*a northern word. I think I would translate it along the lines of ‘overly sensitive to the cold’ 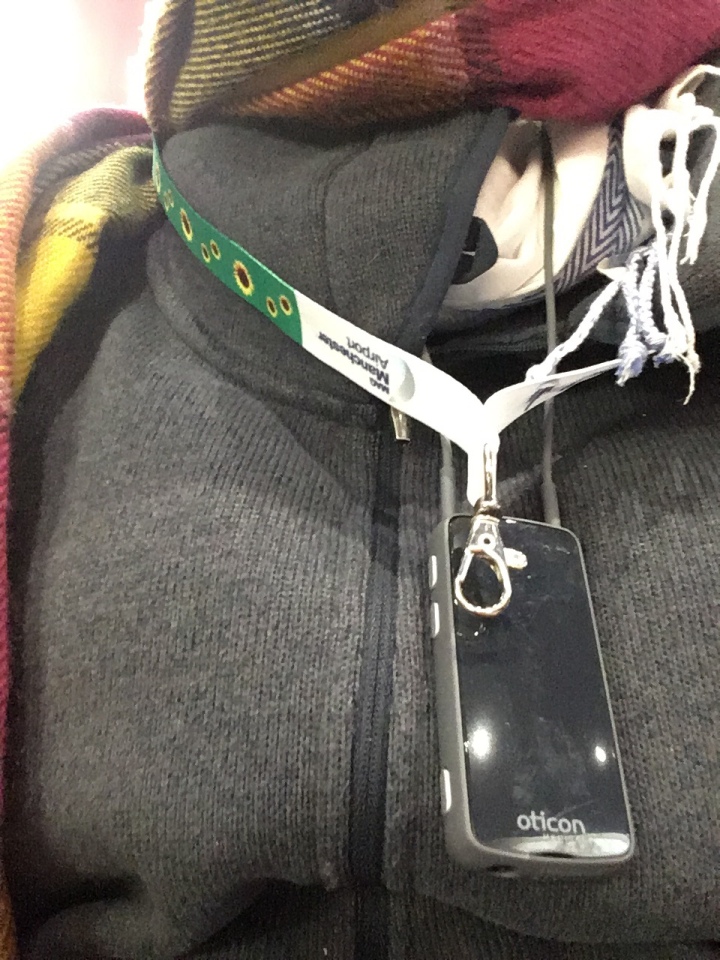