Undeterred we continued our quest for birds, spurred on by the tractor driver from near ‘Riber’ ,as we are now calling it, who gave  detailed instructions to access inland lakes we left home by 7 (ish) the following morning. He regretted the fact we had not been there the week before when the shore was ‘covered’ with ‘thousands’ of birds. ‘They just went’ he said. 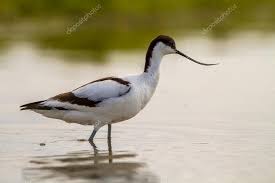 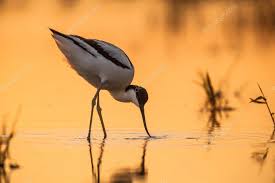 Never before have I knowingly identified an avocet. Now,  whilst N and R at times    dozed in the sun in the car, at times joined us, we spent a full hour watchiing these elegant, beautiful,  inimitable birds with their pied plumage and upturned beaks doing what avocets do – being, poddling, flying, feeding – and I’ll never, I swear, mistake them again.

SO worth it yet by lunchtime we felt tired and so adjourned for a siesta. Reasonable – we’d walked a bit the day before. It was hot.

Knowing that we’d missed the Sort Sol, ‘Black Sun’*, where thousands of starlings in a murmuration swirl around the sky for around an hour at dusk, we neverthless visited the vantage point for seeing them that evening…. not a starling in site but some wonderful wildlife – and great pics by R.

Home for more well earned rest. But the man in the pizza outlet next door to the  Airbnb, Ahmed,   the man with the beautiful smile and big wave every time we walked past – he walked to  Ribe from Afghanistan two years ago. And we thought we were tired.