A quiet day in after a very disturbed night.

Campsite is over the dunes from the sea, which sea is said to offer some of the warmest Tasmanian Waters. I tried them and they’re still pretty chilly. There are families in the water though, paddling, body boarding and so forth.

Much entertainment to be had from watching three men, three women and several babies try to construct a large tent. It’s now up, apparently, although sagging from a frame and two of the men are trying to work out what to do with the spare poles. The other man has laid claim to a seat, and it seems nothing will now move him. 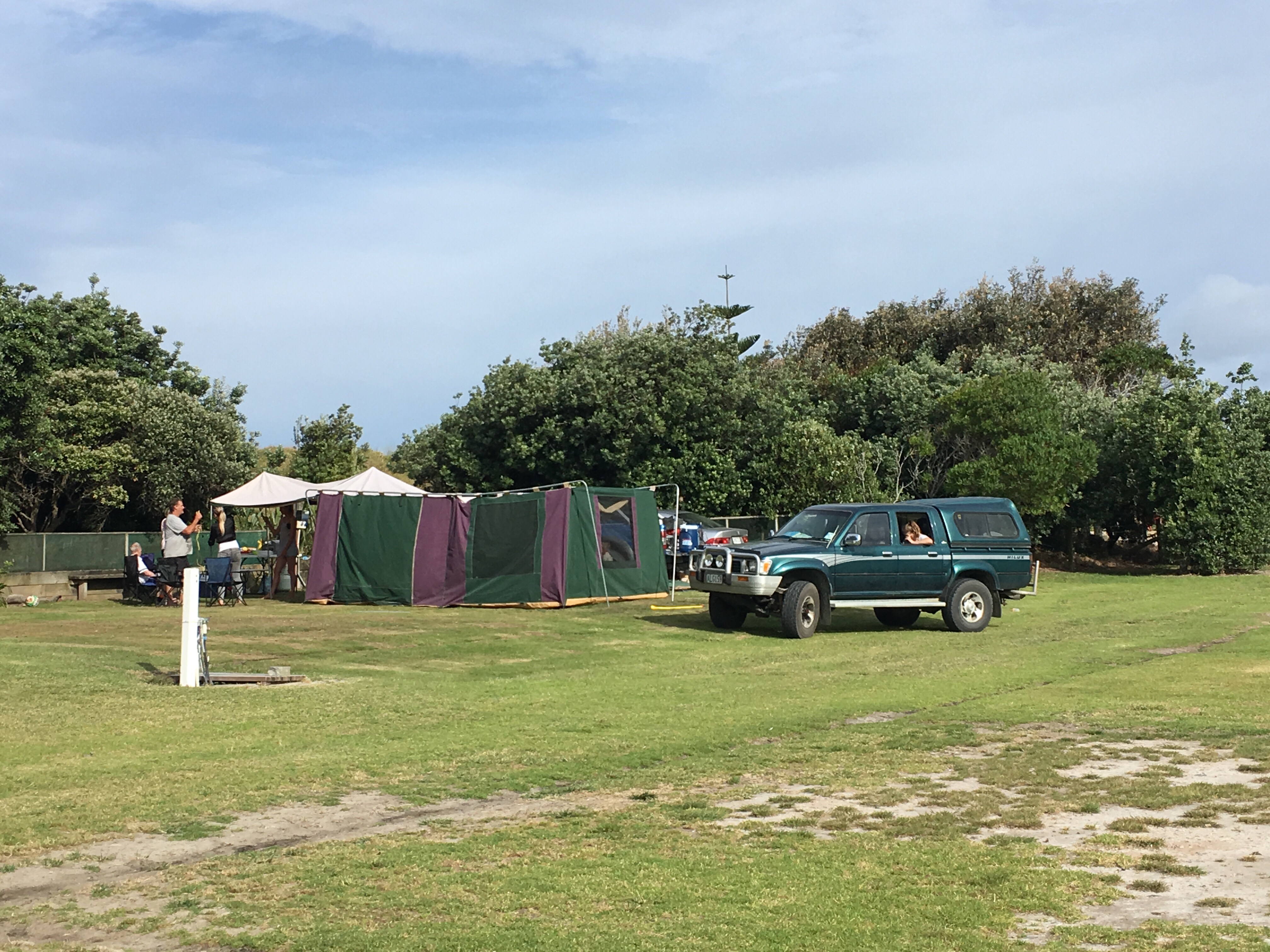 A small naked child regularly escapes to stand in front of the jeep but is scooped up again by the man ‘in charge’ and returned to the ‘marquee’.

I write as I observe, so this is a work in progress. Someone inside the tent is trying to make the roof ‘stand up’ but of course it flops down again as soon as he moves.

See it now has three rather than the previous two peaks. Progress.

We’re about two and a half hours from Auckland, it’s Saturday night and it’s a good campsite so I expect it’s going to be pretty popular. It’s rare for people to have pet dogs, so no free packs of happy dogs, but there are rather wonderful roaming packs of youngish children, wandering purposefully (is that possible), greeting newcomers with curiosity and delight, behaving well and generally having only the lightest touch of parental supervision. Rather lovely.

New Zealand smells lovely. Gardens and hedges full of roses, honeysuckle, and the trees smell fabulous too. Tonight’s restaurant (should have been lovely, by beach) had these flowers. Fairly typical. 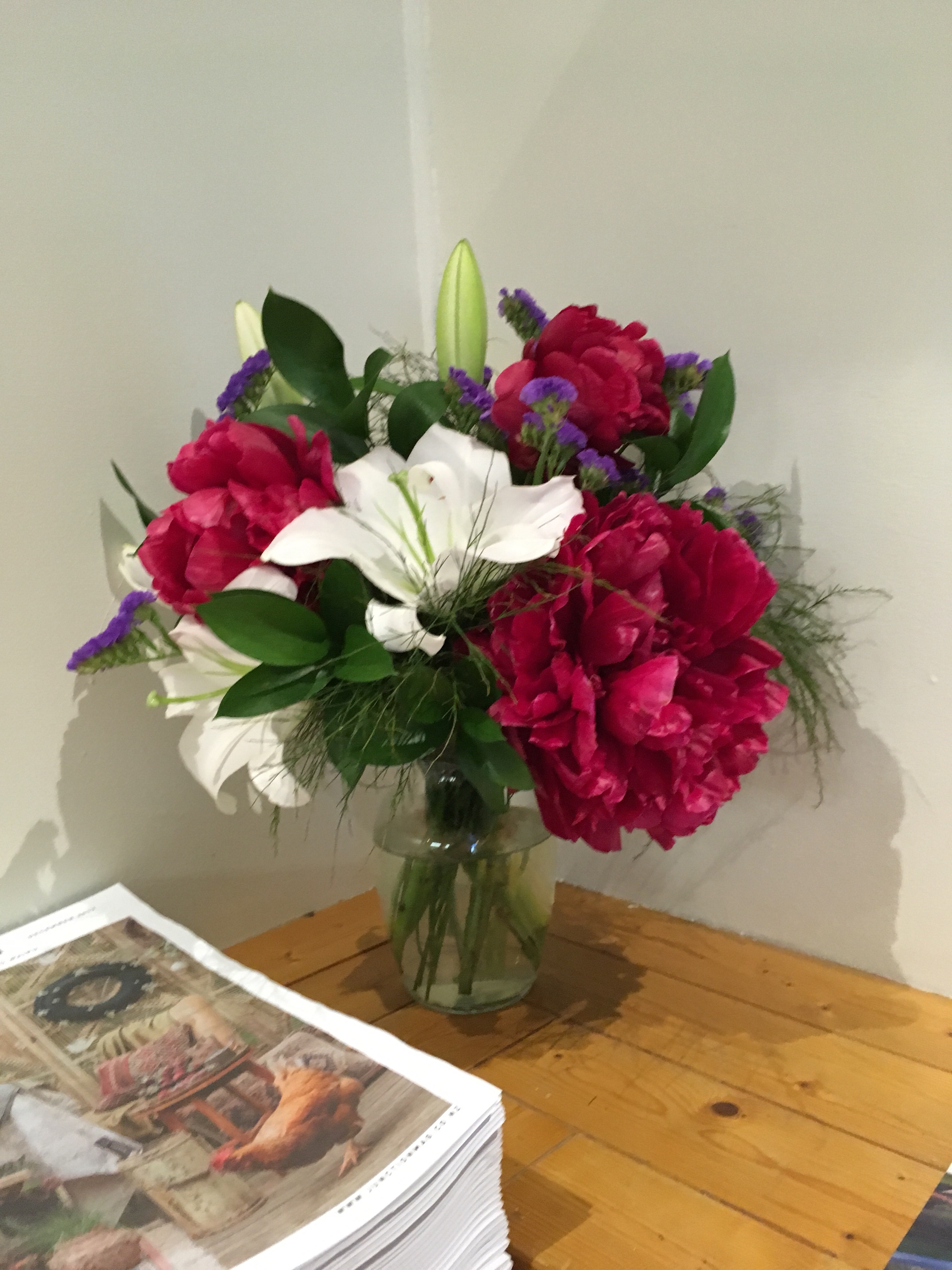 Tantrums: going on for 26 hours now.

Nz kindness : I forgot my shower 50c this morning and another lady gave me her spare one. Prosopagnosia means I have no idea who she was and therefore can’t repay her.