We’re back in Otago, the area that John Turnbull surveyed, but are now on the west of the alps.

First to the garage – our ‘Grey water’ tank (showers, washing up etc) has had issues from the outset. Basically the valve did not work meaning that whoever got this job got showered in cold unpleasant water. So to the Mararoa Motors station in Te Anau, further up the Manapuri Lake (20 km away so of course we set an alarm for 06.30 to be sure of getting there by 9)……..

The valve was essentially buggered. But Alan pictured here told us gently, went to a neighbouring site to try to find a replacement and finally offered us some protective gloves as he couldn’t repair things. That’s what I call service (and we were so early we’d left by 09.15 having bought some excellent coffee too).

Then many km with little specific interest – but empty roads, great views and the temperature started to rise from the 3degrees it was this morning!

Garston is the most inland village in New Zealand – but still not that far from the sea, and closer to many lakes and rivers. Is pretty touristy though – all items on sale have Japanese text before all others.

This reminded me of a stag party we saw in Moeraki. How did we know it was a stag party? Partly because there was a group of tanked up young men playing on the kids climbing apparatus before going to the bar. But also because one of them was wearing a crash helmet with stags antlers attached!

A trip up the Remarkables, to the ski field which gives ‘spectacular views’ of Lake Wakatipu and beyond was truly a white knuckle ride for me (driving). The sheer drop, steep hairpin bends and constant fear (unfounded) of snow and ice made me grip the wheel too tightly – particularly when I realised there were some patches without safety barriers. 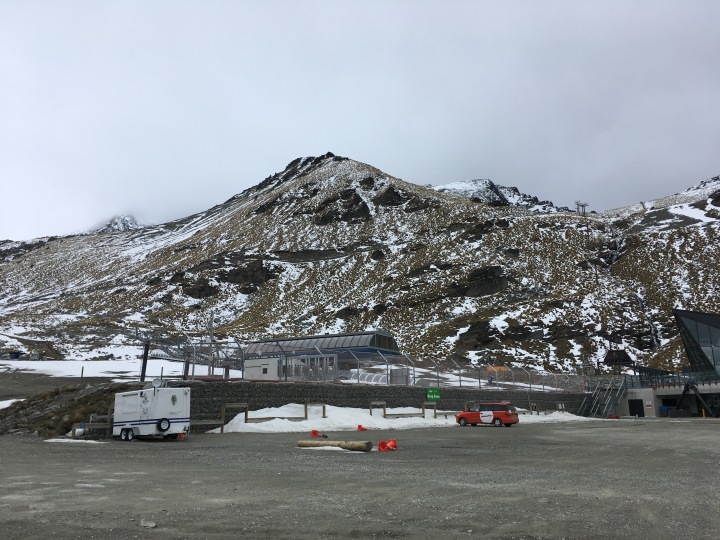 Base of ski lift. Here we’re Above the snow line. 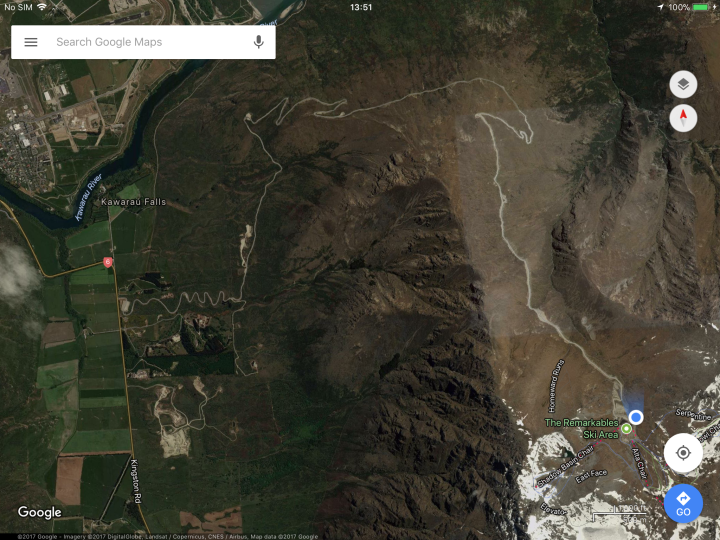 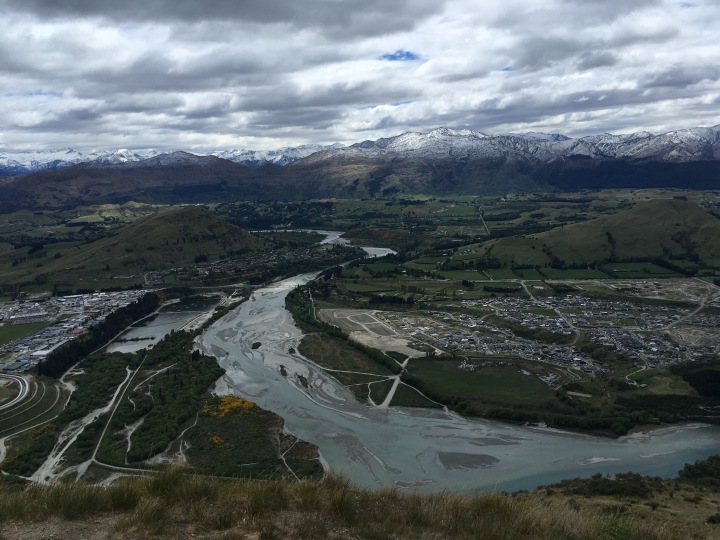 And views from part way down. Which made the next (lower/shorter) alpine Pass I took ‘a piece of cake’ (not necessarily my words).

Pausing for tea at the Cardrona Hotel :

I must have looked my age and more…..one man asked if Keith and I were ‘plants’ or ‘props’ sitting at an outdoor fire as we both had white hair and looked old. The man who spoke is wearing a blue jumper in this image. I should have been more robust in my response :

K looks to be enjoying himself though:

And the landlord has a sense of humour:

And so to the town of Wanaka, by Lake Wanaka. This town has a great summer and winter season and employs many young brits. Our campsite, 10km along the edge of the lake, has great views: 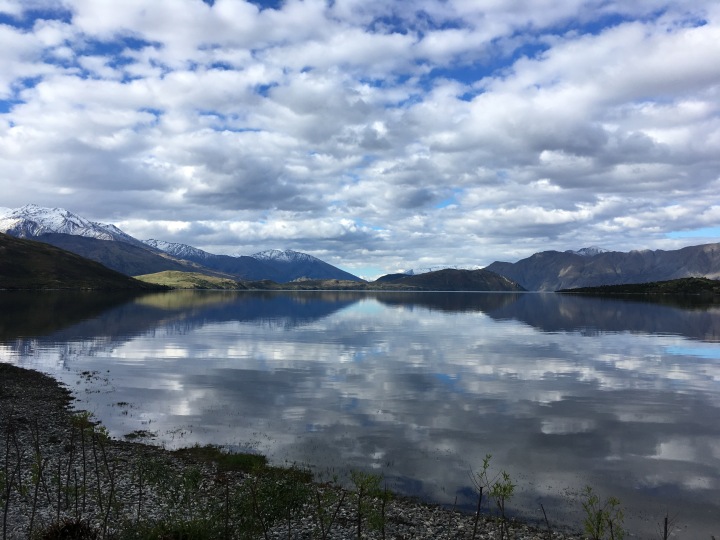 But also many overwintering caravans. I feel sure Philip Larkin or John betjeman would have written wonderful maudlin wistful poetry about these sights. ……

Better to think of this: