A day of surprises. Starting with Keith waking me in the middle of the night to ask me what ‘on earth’ (ish) I was doing. Surprisingly  calmly, I answered: nothing, I was asleep. It transpired that the wind was so strong he thought I was getting out of bed, and making a lot of noise in the process.

We took a last look at the beach.

Then we had a think about our day, discussing a trip to Stewart Island, which is about the size of Anglesey, and lies off the south of South Island. Another older man in the kitchen took the trouble to tell us that all planning is to no avail. Strangely I have not bothered to get his picture or name. The couple I WOULD have liked to have caught on camera was the pair of almost certainly English, almost certainly late septuagarians (?sp), who appeared in silk pyjamas with pale cotton dressing gowns and his and hers toilet bags – and slippers! I jest not.

This girl was present in the kitchen late last night and again first thing this morning. Never moves other than to eat direct out of the saucepan. Never speaks. ? Working from home???

And so to invercargill, the worlds second most southerly city, a bleak place apparently with KFC,

McDonald’s (first we’ve seen of either in two weeks).

Riverton is Southland’s oldest community having been established by whalers in the 1830s. It has a superb museum about the Early Settlers which was much more attractive than actually visiting the town as it was now difficult to stand up against the wind. The hail was also fairly ferocious.

It started well with the introductory video theatre being designed as a boat – but complete with cushions and with blankets Against the chill of the sea.

It continued with lifelike reconstructions, and social history recordings from village residents directly related to the early settlers.

This underlined a theme which has been troubling me since I arrived here. Was it really so bad at home (I think maybe – yes) or will youngish men always want to push the limits (probably also yes)?

Other  surprises: what drives us to travel? The search for the perfect custard square perhaps?

Tuatepere surprised us too. Asking for a cup of tea in a cafe, which was actually a fish and chip shop, we were served a beautiful tray with teapot, hot water, separate fresh milk in a jug, cups and saucers and chocolate fingers. All for £2.75 for us both.

My companion took to reading the paper. For some reason his eye was taken by this (yellow) advert.

He moved the comma from after ‘looks’ to after ‘model’which changed the whole sense. Having read the full service model he obviously thought pensioner rates might be possible, and expressed an opinion that Poppy was rather appealing – discount rates and presumably fits her Work round school hours. 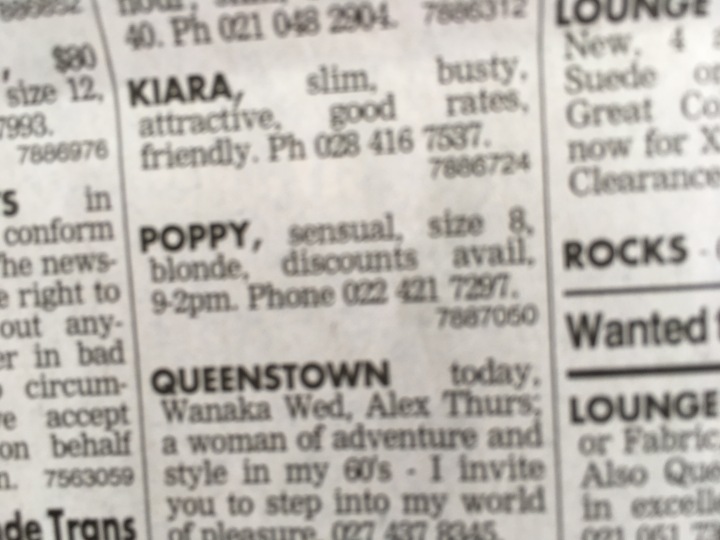 I read the free community magazine. Coffee mornings have a different flavour too here. Maybe it’s the same the world over but I’ve not seen ads like this in the St Martins Village Voice:

I was taken by the local public loos.

Painting is obviously in the blood of the Tuatapereans as, now that spring is here, they plan to repaint the ‘sausage sign’. 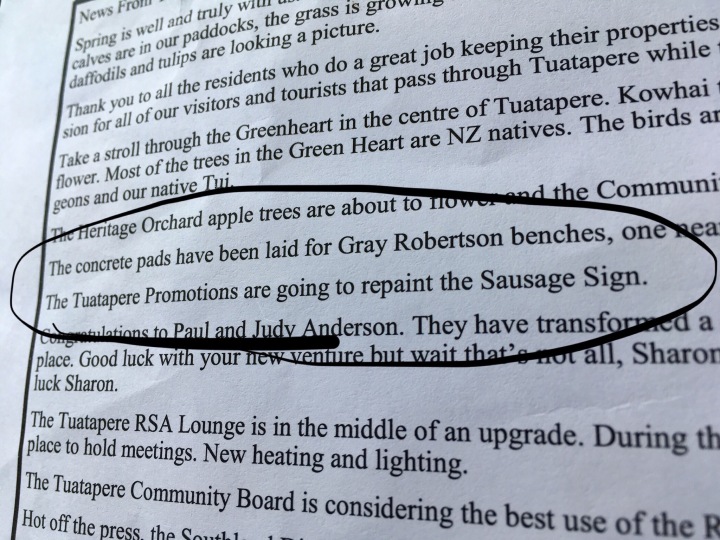 If you’re not in the know, I should advice you that Tuatepere is in fact, and indubitably, according to the locals, ‘Sausage Capital of New Zealand’. Who’d’ve thought it?

Not only Bristol, but Southland has its own suspension bridge  – the Clifden Suspension Bridge as it happens! 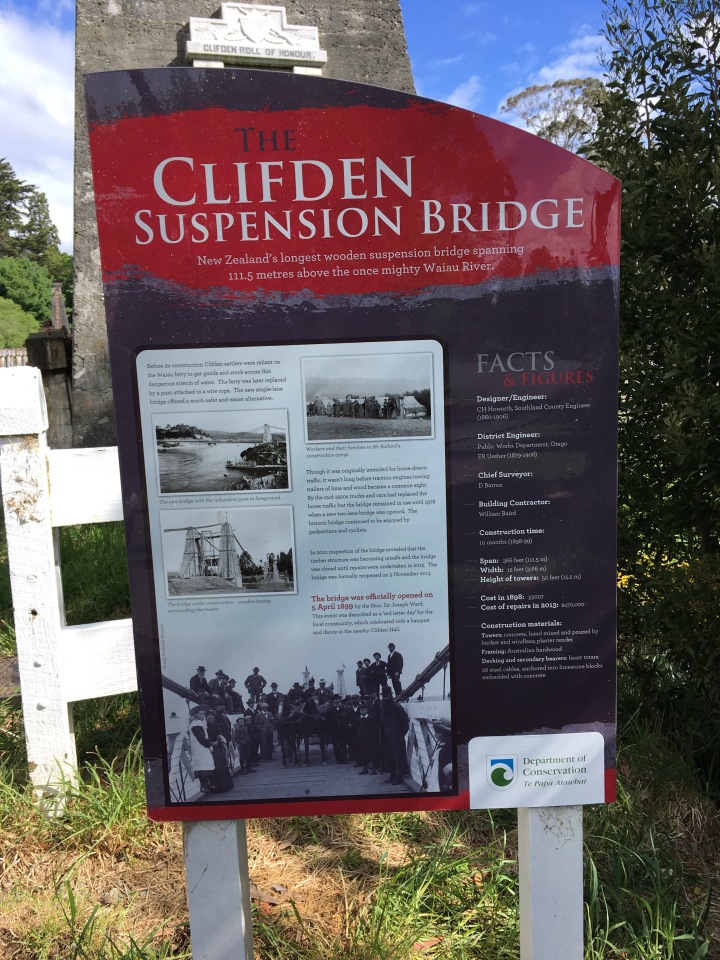 And so on, away from the roaring southern seas to the mountainous peaks of Fjordland. Tomorrow – Doubtful Sound by bus, boat, bus and boat (then the same in return). I’ll have my book of course. 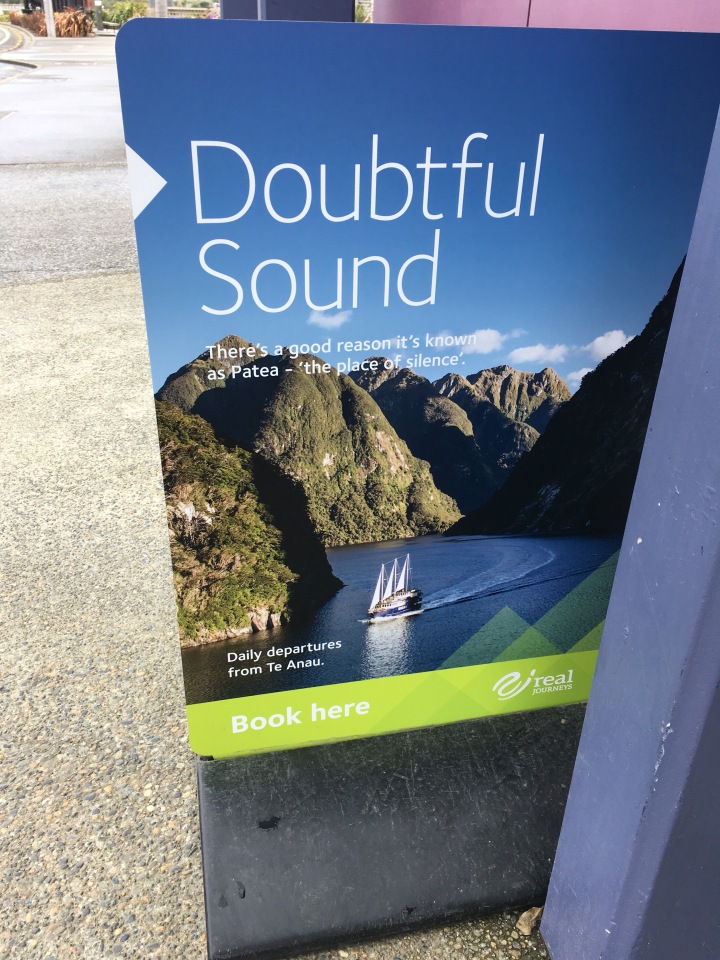