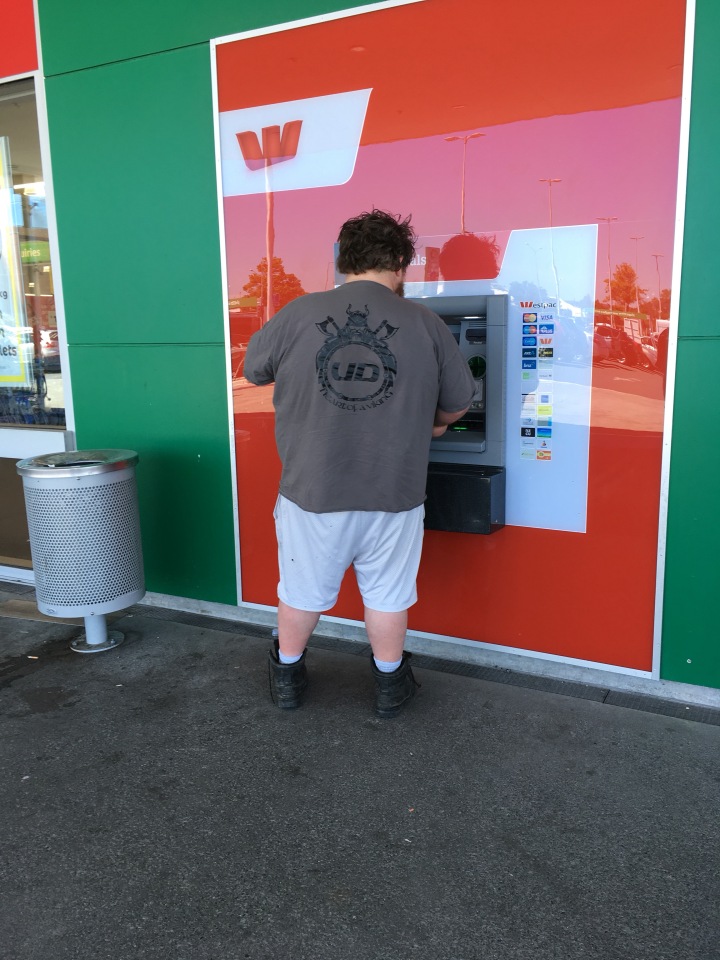 I am always fascinated by how something apparently simple and immutable can be dealt with differently elsewhere. For example, break your ankle? Uk use crutches. NZ: have a knee scooter.

It worked so well and kept both hands free.

We were pleased to see this rustic vehicle arrive to collect us and luggage today: 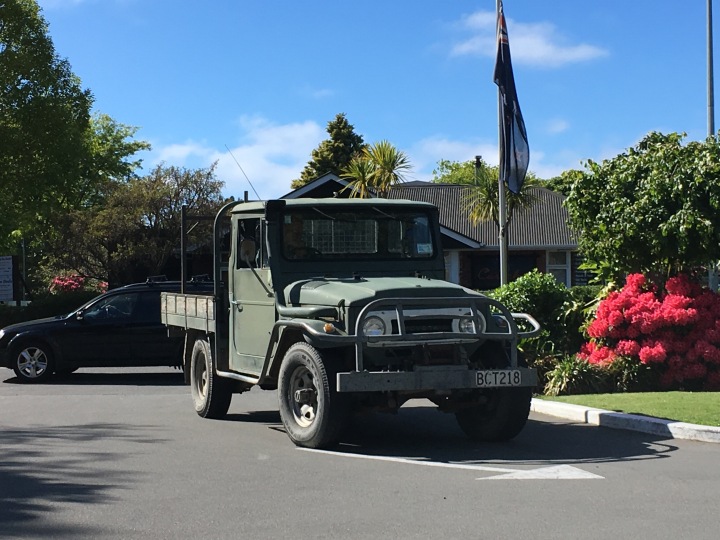 It put us in the mood for adventure as the driver also resembled an early settler.

However we were wrong and a pleasant young man Joe came soon after in a sleek minibus. All the way from High Wycombe he moved here after not being ready to go home from Australia. Now he’s here he realises what a lot there is to do at home….he introduced us to the foibles of our new Home cheerfully and efficiently – although possibly ineffectually as we had to phone within an hour of leaving to see how the toilet lights turned off. Keith was convinced they would turn off when we closed the door – not standard practice, this is a toilet not a fridge and it’s good to be able to see what one is doing in there. Anyway he lockedhimself in to find the lights didn’t extinguish. We still have to cross other bridges: functioning of shower, how to direct each other into a parking space without killing any member of the public or each other, and how to empty the toilet…. they employ the word cassette for this, but in fact it’s just a bucket box with a narrow outlet which seems to me to prolong the pain. We shall see.

Here is Joe and Our New Home: 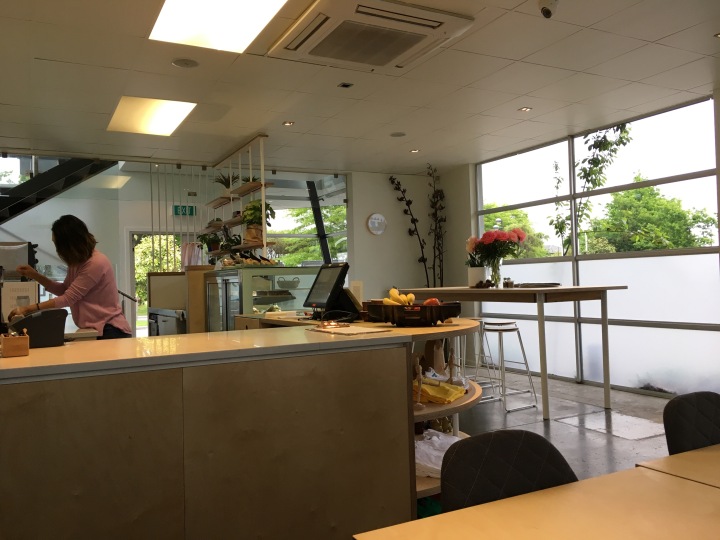 (And longitude of 180 of course as we are right round the other side of the world: the time difference is exactly 12 hours). Wherever, whatever, they do a great breakfast at cafe 43. Not only are we on the other side of the world, k and I must be all mixed up too. He had the fruit/granola/ yoghurt whilst I had the hash  brownies and egg. But I had had the run and he the sleep…

Christchurch – described as the city within a garden is a beautiful, green, serene place with a large park (Hagley Park) at its centre. The trees were planted within 10 years of the settlers arriving (3500 people, carefully selected) in 1850 and basically only those seeds that survived the 6month voyage grew. It is spectacular with huge tall and wide trees: 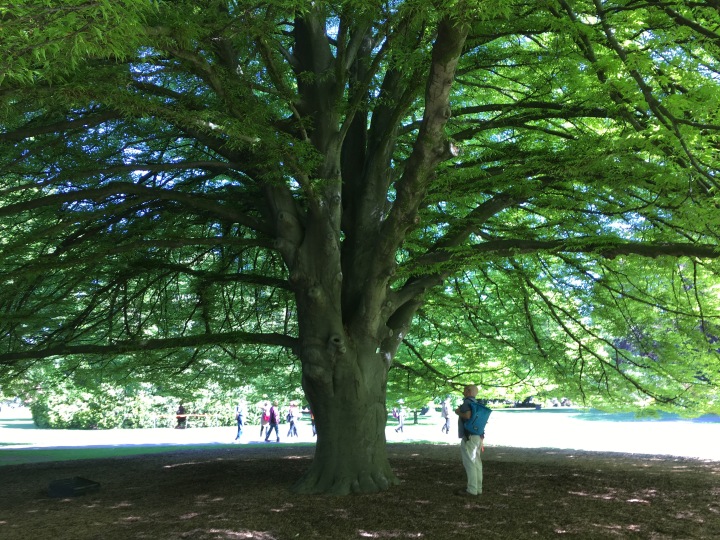 And other  wonderful plant specimens: 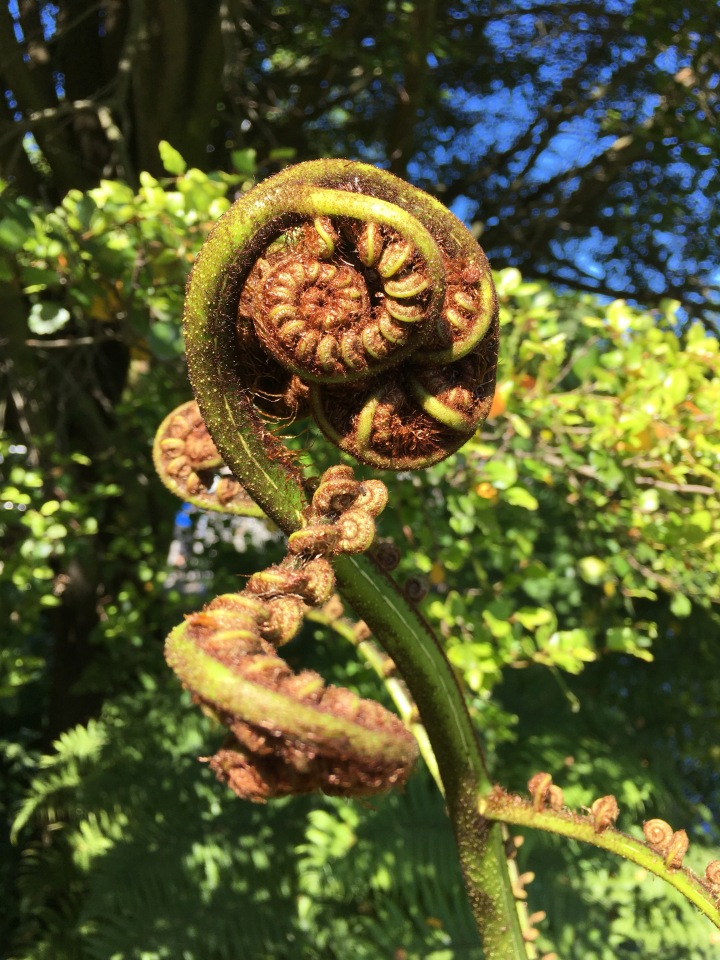 The River Avon flows through, bordered in places by the rowing clubs of the settlers. Here the Antigua club with an afternoon punt returning to base:

Of course the main story here though is recovering from the earthquake in 2011. The ‘cathedral’ (now deconsecrated) is open to the elements:

Here is a picture in happier times:

Another ancient building shored up:

And everywhere poetry and music, and light, laughter and smiles. 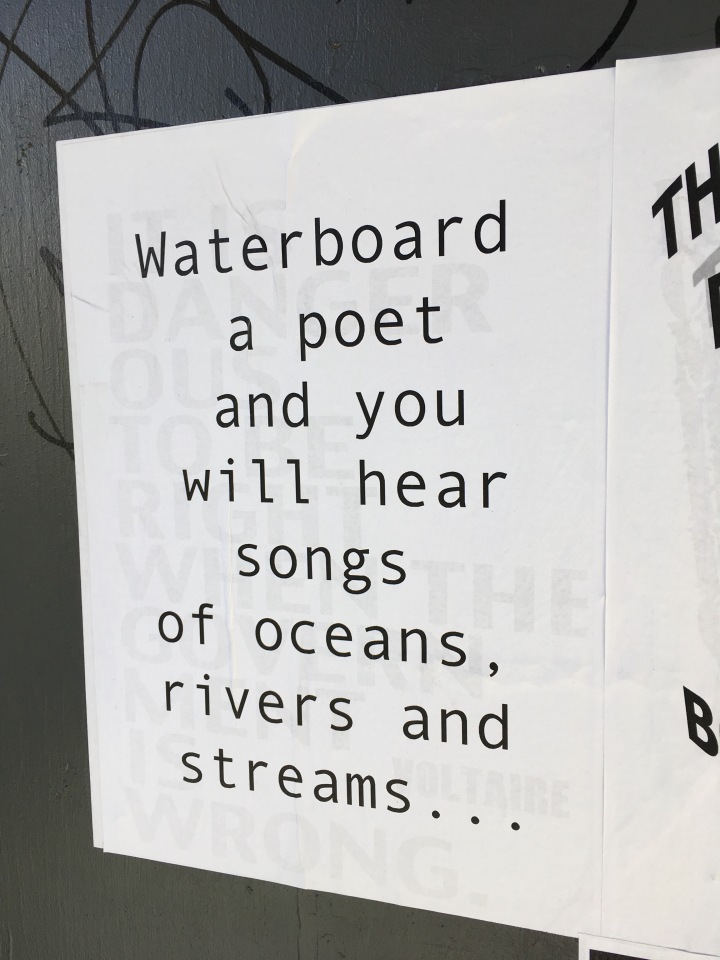 Oh yes- and the Canterbury museum, with tales of Scott and Shackleton and Hillary, with actual items that were used on these expeditions and ancient footage of trips 60 yrs ago. Fascinating and free to enter. I also liked postcards sent by the scientists currently working in Antarctica …

Extinct species seen: many but all stuffed in museum.

Tomorrow akoroa and thence the postman.